Beer with a Story 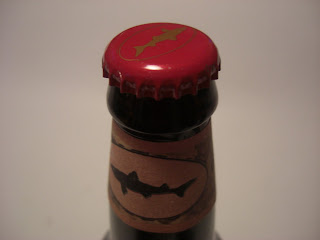 There’s something about the creative possibility of big beer which excites me. I found this article in the New Yorker and this article by Michael Jackson about extreme brewing and Sam Calagione and they really are superb reads. If you haven’t already read them, and you love the creativity behind beer, then you must take a look at them. They aren't short, especially not the New Yorker, so get a beer and sit down and take the time out. They are fascinating, inspiring, exciting. They form part of the essence and ethic of why I love beer so much.

The articles show the heart of Dogfish Head brewery and the craft/extreme beer movement in general. The New Yorker is punctuated by the always-intelligent Garrett Oliver who provides the malt to Calagione’s hops while Michael Jackson grabs hold of the creative side of things. And that's what it's all about. It's not just about getting the hardest or the fastest on the extreme beer roller-coaster, it’s about creating works of art, and for some of Calagione’s beers it’s about rejuvenating ancient works of art.

Many of the beers have a story. The Palo Santo Marron, for example, is aged in a super-rare and super-expensive barrel ($140,000 expensive). Calagione explains the inspiration for the continuous hopping of the 60/90/120 Minute IPA series (the combination of a chef talking about seasoning food and a kids game). And he is recreating history with post-modernised nods towards past drinking - Midas Touch, Sah’tea, Pangaea, Theobroma and Chateau Jiahu.

I may be fickle and romantic but this kind of thing really grabs me. Maybe it’s a desire to understand past drinking, maybe it’s the scooper in me who wants to try everything going, maybe I just can’t resist the premise, whatever it is I feel an enormous thirst towards a beer with a story. Especially one told by someone like Sam Calagione.

But what do you think? Do you care about the stories behind particular beers or doesn’t it bother you? Can the story behind a beer make it ‘better’ or more appealing than it deserves to be? What about recreations of old recipes – good or bad? Does the article about DFH make you want to try the beers or does it have the opposite effect?
Posted by Mark Dredge