What the hell is an IPA? 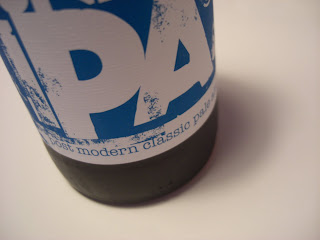 I wrote this ages ago and have been tweaking it trying to work out if there’s any ‘story’ in it or if I’m just being pedantic and geeky. Reading Pete Brown’s Hops & Glory told me so much about IPA but it didn’t answer some of my specific thoughts about what IPA means to me right now (maybe that’s the next beer book – taking a massive, citrusy IPA on a rock band’s tour bus around the US to try and find out what IPA means to drinkers now?! Hops & Glory meets Almost Famous). Thankfully, my queries were partly confirmed in a post from Zak Avery last week, saying that IPA has become ‘a catch-all term for anything from a pale hoppy session ale to a profound, rasping hop-led assault on the senses’. It’s this that I’ve been trying to get to grips with.

We know the history of the IPA right? A pale ale brewed in England and transported to India, pale in colour and heartily hopped. The exact etymological difference between an IPA and a PA seems to simply be that the ‘I’ stands for India and that this ‘I’ has now come to mean more hops than a regular pale ale. But what does IPA really mean now? 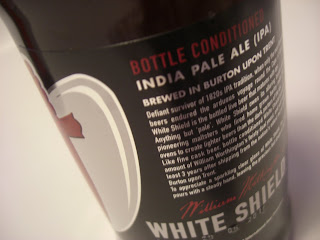 If I see that a beer is an IPA then I generally expect that I’ll be getting something pale with a decent punch of bitterness in it, but the difference between some IPAs are incomparable. I’ve had some where hops barely seem to have dabbed their green leaves into the brews, while others have stripped my teeth. I’ve used the terms ‘old-school’ and ‘new-skool’ before in referring to IPAs and I think they work: the hops in the ‘old’ are English and earthy and spicy with berry fruits and grassy, herby, floral notes and a moderate bitterness (think White Shield, Meantime IPA), whereas the ‘new’ have got the citrus peel and pith, tropical fruits or the pine of super high-Alpha American hops (think Punk IPA, Stone IPA). They are very different. My feeling is that the essence of a new-skool IPA is very different to the essence of an old-school IPA: old-schoolers were brewed for purpose as much as it was for flavour; new-skool are brewed to smack you in the face with a citrus fist and then be wonderfully drinkable. One has history and the other is the in-your-face, hot young upstart. 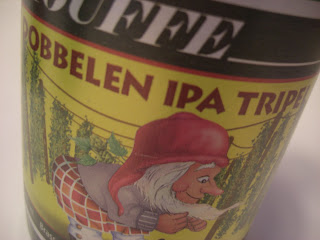 There are so many IPAs in the market but what I want to know is: Has the term IPA evolved into something way different to what it began as or have the boundaries just been stretched to be all-encompassing and include sub-styles and off-shoots of what was once known as an IPA? Should the use of ‘points’ where an 'I.P.A.' is the old-school India Pale Ale while an 'IPA' denotes the new-skool? Is it even necessary to know that it’s an abbreviation? Does IPA have its own unique connotations that are separate from India Pale Ale now? 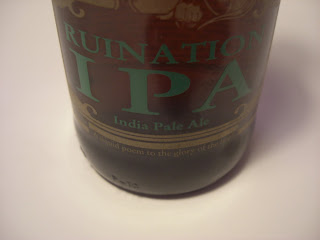 New-skool IPAs have ABVs which generally range from 5.5-7% and their IBUs stretch anywhere from 40-100+). Then there are double and imperial IPAs with ABVs up to 20% and IBUs up to levels where the body thinks it might actually be killed by this bitter poison. Old-schoolers are anywhere from 4-7% (I’d argue that a lot of the sub-5%ers are not technically IPAs but are just using the term to stick a fashionable label on their beer, plus these sub-5%ers are modern incarnations which are probably not worthy of the name they give themselves) but you don’t get many English-style double IPAs (Halcyon is a rare and delicious exception and I want to say JJJ too but I think it's a bit of an old-school-new-skool mash-up), and why is this? Perhaps the earthy hop bitterness doesn’t do so well when it’s used to monster-up a beer, maybe you just don’t get the easy drinking quality that the US hops give. And maybe now’s the time to point out the new Belgian style IPAs too? A collusion of English, Belgian and American. 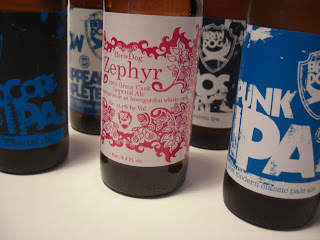 Let’s take an example: BrewDog. I count that they have eight IPAs. Punk IPA is their postmodern classic new skool style beer (nine if you count Punk Monk, which is Punk brewed with a Belgian yeast, and flipping fantastic it is too). Chaos Theory is 7.1%, copper coloured and hopped with the new-skool beau that is the Nelson Sauvin. Storm is an 8% IPA aged old-school style in new-skool Islay whisky casks. Atlantic IPA is an earthy 8% brew made from a 200-year old recipe and aged in oak at sea (old-school at its roots, albeit with a new-skool twist). Hardcore IPA is 9% and proper in-your-face hop bomb. Zephyr is a 12.5% IPA aged in a whisky barrel with fresh strawberries. A Black IPA is on its way soon (we won’t even get started on that one!). And finally, although not technically called an IPA by the brewery, How To Disappear Completely, a 3.5% pale ale/imperial mild with 198IBUs. They are IPAs but they are all vastly different. It doesn’t seem logical that an IPA is now just a pale and hoppy beer because that is such a generic way of describing it, plus not all that many are even all that pale (I won’t start on the colour scale). 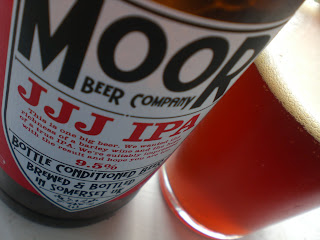 Maybe it’s just a British reserve verses an American super-sizing. Maybe I’m trying to make something out of nothing. Maybe I’m just writing this to spark off some questions about style. Maybe there are no answers. Maybe that’s just how it is now. The Brewers Association this year listed over 130 beer styles, including a few different IPAs. They differentiate between US and English and qualify it by saying this: ‘English and citrus-like American hops are considered enough of a distinction justifying separate American-style IPA and English-style IPA categories or subcategories.’ Does this answer any questions?

An ‘IPA’ is a vast and wide area, encompassing so much that it's hard to know what to expect from anything labeled this way anymore, particularly when it comes to UK beers (how many pump clips have I seen with IPA on recently?!). But is this just the nature of brewing developments and the natural branching and progression that comes with any style? Or does it show a change in taste and mentality? Is it something else? What the hell is an IPA? And, out of interest, what are your favourite IPAs?
Posted by Mark Dredge