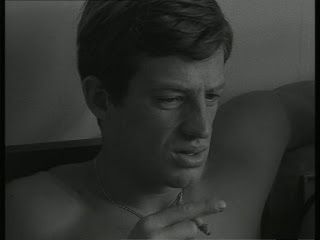 As so often happens, topics around the beer blogs prompt posts or replies from others. This week blogs were alight with talk of the smoking ban (which was enforced two and a half years ago). The Pub Curmudgeon started it in a great post which I find hard to disagree with. Tandleman blew the doors off judging by the number (over 100!) and voracity of the comments (it’s a fiery issue!). And Dave summed things up very well as a landlord and ex-smoker. It seems to be a big ol’ can of worms.

Personally, I don’t like smoking. I never particularly minded it in pubs because it was always just a part of it – people smoked in the pub, that was fact. I only cared when I was eating or if their smoke shrouded me. For me, Tim has summed it up perfectly: ‘If I farted in a room and wafted it in [a smoker’s] face they would be offended. If my fart was comprised of chemicals that are going to kill them they would be even more upset.’ I’ve been in pubs which have almost cleared because someone farted. It’s not very nice. And just because someone is smoking on the other side of the room, it doesn’t mean I will be unaffected: smoke just isn’t very nice. And it kills people.

Smoking added to the atmosphere in some places, that’s undeniable. It has also, as Curmudgeon’s post puts so well, taken people away from the pub. Will it be the death of the pub? Frankly, if pubs are closing because people can’t smoke in them then there are bigger societal and industry issues that need looking at. Will this start anti-booze lobbyists? Probably, but they won’t get anywhere fast (it’s not the booze that's the problem, it’s the people who drink it and how they drink it).

The smoking ban is clearly an issue to some very vocal people. If you want to smoke then fine, do it, it’s your choice. But how do you expect me to sit in the pub, swirling and sniffing my pint, trying to write detailed and eloquent tasting notes, when you are blowing that smelly smoke into the air. Come on, have some consideration.

In other news, I heard something about a beer made with 32 penguins. I bought one. I’ll reserve judgement until I try it.

And the picture is taken from Godard's A bout de souffle. Belmondo makes smoking look cool, but then most movie stars of the 60s and 70s did. Only the heinous bad guys smoke in movies now.