Stella, an All Time Low 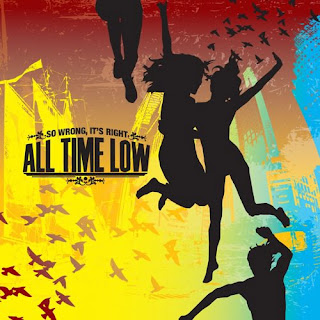 All Time Low are my favourite band. Not many days or weeks pass when I don’t listen to their albums. The ‘There’s a story at the bottom of this bottle…’ line on my blogger profile is from one of their songs, Dear Maria, Count Me In. I saw the band play on Monday in London and they were awesome.

They released their third album, Nothing Personal, a few months ago and one song immediately caught my eye: Stella. It wasn’t until I’d listened to it a few times that I started to work out the lyrics. Here are the words (or go to the bottom of the post and play the first video to sing along - there's a few of my favourite songs are at the bottom too, just because):

3pm on my feet and staggering
Through misplaced words and a sinking feeling
I got carried away
Sick, Sick of sleeping on the floor
Another night another score
I'm jaded, bottles breaking

2am I'm on a blackout binge again
You know I don't need sleep
And I lost my keys,
But I've got so many friends
And they keep, keep me coming back for more
Another night another score
I'm faded, bottles breaking

One more reason I should never have met you
Just another reason I could never forget you
Down we go, the rooms spinning outta control
Lose yourself in a chemical moment
The night life's taking its toll
That's just the way it goes
Come on, Stella would you take me home?

Yes, a song about beer from my favourite band. And yes, I did have a pint of Stella at the gig. The music was great, the beer was terrible, but you can hardly expect a nice handpulled pint of real ale at a punk-pop concert, especially when half the people in there aren't even old enough to drink, can you? It's a shame, a Punk IPA would've been perfect.

Anyway, does anyone know of any other songs about beer or named after beer? Or, like BrewDog’s How To Disappear Completely, are there many beers named after songs? There must be quite a few out there...


The Remembering Sunday video is by sadisticxemoxwhore and it's really cool.
Posted by Mark Dredge