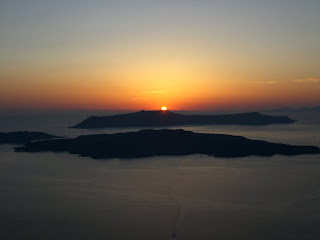 I return from my jaunt to Greece! I haven’t sat at a computer for over two weeks and, strangely, it feels pretty good to be back – this is where I do my thang. I love the scratch of the pencil on paper and I’m most creative this way, but there’s just something about the tactile tap of the keyboard and the way things just write themselves that I can’t resist from my computer.

I had a great time, thank you, although that seems quickly forgotten as I slump straight back into the day-to-day routine. Yes, I am already feeling the holiday blues. But let’s not dwell on that misery, let’s cheer and hug and swill our drinks because it’s still the summer and there’s plenty of fun to look forward to. But before we move on, I need to look back. I’m a sharing kind of guy (I guess that’s why I sit here and write this stuff) so let me tell you a little about my holiday. My days went a little like this: wake up; write under sparkling blue sky while looking at a little white church high up into desolately beautiful mountains; read; eat; read; swim in the warm sea, burn my feet on the black sand; read some more; open a beer and read and feel the calming presence of those mountains, the cooling calmness of that beer; eat; read; sleep. Perfect. We also climbed a couple of mountains and a volcano and saw the most incredible sunset. And this all wound around spending time with Lauren too: watching her read, wondering what she’s learning; picking food from her plate at dinner; being happy in the sun. For me this is a good holiday. I’ll write about the beer and food and the books in more detail soon, but I’ll summarise now. Beer: I can manage solely on lager for two weeks and not crave anything else; I have learnt an important lesson in the ways of lager, even if it is mainly continental pap; I have come to see a frothing, frosted golden glass of beer as a beacon of so much joy. Food: I ate a lot. Surprisingly for me I ate a lot of crisps, in fact I probably ate more crisps in the last two weeks that I have in the last two years. I am fickle and can’t resist a funny name or a strange flavour (mushroom and sour cream anyone?!) or a quirky shape. I also ate a fair number of the world’s most disgustingly good food: gyros. The last one was laced with the over-hot, over-sized owner’s hard-worked sweat and tasted even better for it. Kebabs in England are shit unless you are bladdered to the point where short-term memory loss is a blessing not a curse, but in Greece they are messy parcels of joy: spits of pork, juicy and crisp and fatty; a zing of onions and tomatoes; a cool lick of tzatziki; a handful of cheeky fries. Hell yeah. And books: I read a lot. I read some really superb books and they have inspired me to do better, to write better, to write more, to succeed. I want to write and I want my books published so that I can make others feel they way I do when I finish a great book. 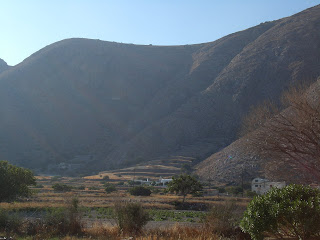 But more on all these another time. I don’t want to get all gushy on you or bore you with hundreds of holiday snaps of me drinking a beer, me with a kebab, me and Lauren up a mountain, me in a mankini (seriously), me swimming in the pool, me asleep outside, me exiting the sea like Daniel Craig (that shot from Casino Royale) on estrogen. I won’t bore you with them today but I’ll warn you that they are coming soon (not the mankini though).

But since I’ve been away what have I missed?! I’ve tried catching up but there’s so much to read. I’m on it though. From what I’ve picked up so far here’s what I’ve missed:

The American Beer Festival at the White Horse was goddamn amazing and I’m totally gutted that I couldn’t go (read about it here and here – I’m especially upset to have missed Dogfish Head’s 75 Minute IPA from the cask, but hey ho, I’ll keep all my bits crossed that DFH will make it to the GBBF this year, although I am massively worried that I’ll be comatose with my head in a bag of those amazing pork scratchings before four o’clock, but that’s just a risk I’m willing to take). Just to be able to drink those beers, all those beers… never mind. Rest assured that next year I am choosing the dates we go away and it will NOT be over the same weekend as Independence Day.

Next, Moor’s JJJ IPA is finally available to buy in bottles. This is big news. It’s a 9% American-style IPA brewed in the UK and I’ve heard so many good things. Beermerchants have got it. I have put my order in.

And BrewDog. It wouldn’t be a blog post on Pencil&Spoon without some kind of mention to BrewDog, would it. And you’ve probably seen this everywhere (literally everywhere) but I’ll kick it out there on my little space because I think it’s one of the best and most exciting beer ideas that I’ve seen in ages, as I wrote before: It’s a wikipedia art project created by the drinkers; the evolution of it undetermined, the content unplanned; a collage of people and ideas and words and images (yeah I just quoted myself, it was from here and I wrote it buoyantly hungover). Zeitgeist and the accompanying blog project, which allows anyone who buys the beer to update the site’s content, is now rocking out in the www. And, as you know, if you use the code SHEEP you get 70% off, blah blah blah, which is a cracking deal (and the beer is great with a BBQ, see this for proof). I’ll add my own little piece to the blog soon enough (i.e. when I think of something cool enough to write). Atlantic IPA is also out now, but it’s £10 for a 330ml bottle of oxidized beer (they are selling and promoting it as oxidized though so I guess it’s okay). Sure it’s got a great story (and I love a story!) but the beer isn’t for me, even if it’s doing okay on ratebeer and no one's seemed to have noticed the oxidization.

Blimey, that was a bit of a long splurge of a post. I guess I’ve missed this whole blogging thing. Stay tuned for more posts, I’ve got lots to write about and lots of things that I wrote before I went away that need publishing. I’ll also soon be starting up another blog where I’ll put a bit of writing and use as a scribble pad while I start work on my newest piece of fiction, which was fully planned out while on holiday. And expect a lot more pictures of Mythos! 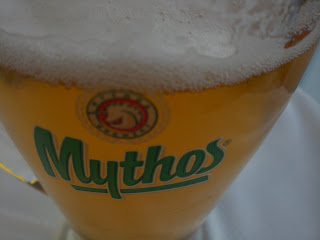