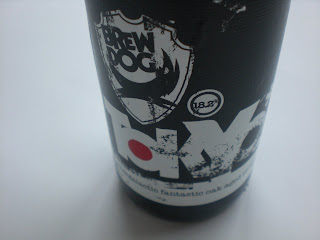 When I was at university we would buy a bottle or two of vodka/gin/whisky almost every week. Each bottle cost us less than £6. We used the spirits as part of drinking games with the intention of getting very drunk, very quickly and cheaply. Between six of us the 700ml of spirit would usually go, sometimes we drank more than this, all the time we drank a few beers too. We played drinking games and then we'd leave our house and go to the student union where we would have quite a few more drinks - alcopops, pints of lager, shots, shots and mixers. By the end of the night we'd be very drunk. Mission accomplished.

That is what we did. We didn't sit around in a circle tasting the drinks. Hell, we tried our hardest not to taste them. We spent as little as possible to get as much alcohol as possible and then drank it quickly. This is binge drinking. It's organised and calculated. This is what we are warned about in the news.

Here are some examples; which do you think contribute most to binge drinking? Having two pints of 5% ale in the pub; being able to buy a litre of 7% cider for £2; 24 cans of premium strength lager for £10; two bottles of wine for £5; a four pack of Bacardi Breezers; a 350ml bottle of whisky for less than £4 (almost the same volume as a bottle of beer); a £10 bottle of super-premium ale that's 18% (a little stronger than wine, as strong as port - which costs £4 a bottle, half the strength of gin).

There are different modes of drinking. Some are reckless and concerned entirely with being a means to a drunken end. Some become reckless through the evolution and degradation of an evening. Some are altogether more civilized; a few bottles of wine or beer to share, no plans on drunkenness but a certain inevitability that it will come. There are nights when it is all about the drink and the whole getting drunk side of things gets in the way and stops the evening prematurely. Then there is the quiet drink to relax in the evening, maybe a pint in the pub, a glass of wine with dinner, or perhaps opening a bottle of something at home. And as soon as it's taken into the home then it's the responsibility of the drinker, am I right? If I buy a bottle of whisky then I could drink it all in one go if I wanted to (if I could). I could buy a four pack of beer or alcopops and drink the lot, or maybe I'll just open one. I may open a bottle of 4% ale or I might fancy trying a bottle of super-premium strength, super-premium priced, completely esoteric beer designed for a select few and made on a small, hand-crafted scale from premium ingredients.

The difference becomes the way it's consumed and the mentality behind the drinking. If I had £20 to go out and 'get drunk' then I could buy 48 cans of lager and put myself into a coma. I could buy one bottle of wine or five. I could get three bottles of whisky or one. Some people would rather have one good bottle of wine than five cheap bottles. I'd say it's likely that more people in general would rather have five, thus putting the buyer of the one £20 bottle apart from the other drinkers. Some people are happy with a Big Mac for dinner; others want triple Michelin starred food and will pay hundreds of pounds for it. It's all about how people consume and how they want to consume. It takes a certain kind of ruinous drunk who would knock back a few bottles of £100 wine in an evening, or who would get lashed on six bottles of expensive 10% craft beer. 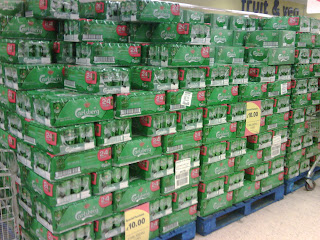 The debate about Tokyo* is inevitable but still frustrating. There has to be some common sense from the writers of articles like this and this before publishing such one sided arguments. I can see their side and selling a bottle clearly intended to be drunk in one sitting, which contains 6 units of alcohol, is a lot, but I could go to the pub and drink three pints and be over six units or I could drink a whole bottle of wine (something that's easily done), or I could drink two bottles of 9% beer, 3 bottles of 6% beer (there aren't lobbyists against the new four packs of Punk yet, are there?).

I will drink Tokyo*. It's most likely that I'll just have the one bottle in the evening. Why would I want to drink three bottles of it in one sitting? If I wanted to get that drunk then there are quicker and cheaper ways of doing it. And besides, I won't be drinking it with the intention of getting drunk; I'll be drinking it as a fan of the brewery who wants to try everything they brew. That's an important part of this: BrewDog are aiming their beer at a very particular crowd of beer enthusiasts. This isn't even just for those who enjoy beer; this is for the serious hardcore and it comes with a price tag to match. It may appeal to other people in a 'wow I want to try the strongest beer' way but the taste and experience will be too much. And while this may be the strongest beer in the UK, it isn't close to the strongest beers in the world and there comes a point where these beers only appeal to a very select audience, an audience who drink to appreciate something and are therefore willing to pay to appreciate it. And what if the beer was packaged in 250ml bottles (for the connoisseur) or 750ml champagne bottles (for sharing) rather than the ubiquitous 330ml bottle that we pop the cap off and suck down like water. It’s all about education still, it always is.

This is not a cheap case of lager, this is not a £6 bottle of vodka and this is not contributing to a binge drinking problem because it is working at the opposite end of the spectrum where smoking cigars is fun, reading a book in the sun is okay and enjoying a few sausage sandwiches isn't all that bad.

What do you think? And have you noticed how not even one of the journalists has given us some tasting notes before they dig into the hysteria?!

I know this debate is rolling around the beer blogs and the news but I wanted to add my thoughts as someone who technically regularly binges (on Friday I drank a bottle of Stone IPA followed by a bottle of Moor JJJ IPA – which itself contained 6.3 units of alcohol - followed by a Riptide stout which I think probably tops 10 units; does this make me a drunk? No. It made me drunk, but not a drunk and I only did it once in the week.) And yes, this is excellent punk marketing for BrewDog, so good on them for having the balls to stand out there. I also understand that The Rake have a cask of this and when that comes out I'll be jumping on a train for a pint (which I guess will cost me about £15!), who'll join me?!
Posted by Mark Dredge