I’ve drunk a lot of beer this year. I’ve been to Rome, New York and the Czech Republic twice, plus travelled around the UK a bit. Here are the best 11 beers I've had in 2011.


Unfiltered Budvar Dark in the cellars at the brewery. It's usually the pale 12-degree Budvar which you taste in the cold cellars, but this time we also got the Dark. Rich, roasty, deep in flavour but with more body and texture than the packaged version. Incredible.

Unfiltered PU at Bloggers Conference and unfiltered PU in Pilsen. It was on the list last year and hopefully (somehow, anyhow) it'll be on the list next year: I love this beer. I love the story the brewery attaches to it, I love how a mug of it looks when poured with a huge head, I love the elegant body of the beer, the bite of Saaz hops. Most of all, I love the rounded, smoothness of the unfiltered version. 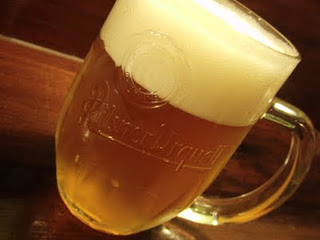 Avery Maharajah in Rattle n Hum. It was late and we had drunk lots already but a shared 4oz sample of this convinced Matt and I to order a pint each. It's a 10.5% DIPA with balance in it's strength, like a body building ballerina. So fruity, so juicy, such amazing hop flavour.

Ithaca Flower Power. All the fruit juice in the world seems to make this beer. Incredible hop flavours, such clarity to them rather than the beer equivalent of five people shouting at you simultaneously.

Sam Adams Lager at Burger Joint. A moment of perfection when the beer in your hand couldn’t taste any fresher. Cold and crisp and a lip-smacking hop flavour, plus a killer burger on the side. 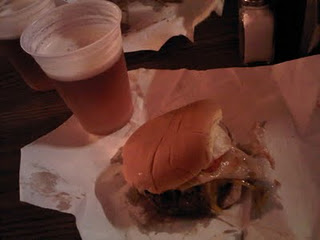 This year I've had three different jobs. The third of them is thanks to Camden Hells Lager, Camden Pale and Camden Wheat - the beers are fantastic and they've given me the opportunity to work in the beer industry. They are now the beers I drink most often and that's definitely a good thing.

Being asked to make a beer with BrewDog is a highlight of the year. I remember reading the email proposing it and bursting with excitement. Avery Brown Dredge is the result. An imperious pilsner, bold, different and brilliant, if I do say so myself. 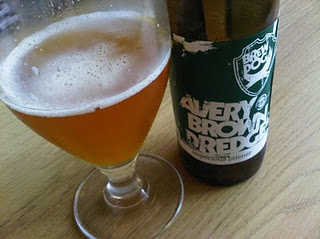 Troubadour Magma showed me the best of Belgium and America in one glass and I love it. I veered away from Belgian beer for a year or two but I might head back that way in 2012.

Rhubarb lambic made from a deliberately funked-up APA, brewed by Chunk. We shared one bottle; if we'd shared a gallon we still probably would've wanted more.

Dark Star Tripel, a year-old, at the Beer Bloggers Conference. Just amazing. Such a well-developed beer which still had that big hop bite and an incredible flavour of peaches and apricots. Mind-blowing stuff. 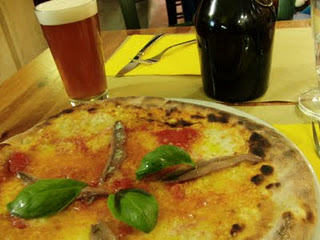 The thing with all these beers is that I remember the moment I drank them as much as the taste; few flavours return to me as I think about them, but the experiences are still clear and bright. The beers were all great but the moment, the memory or the experience, is what matters most.