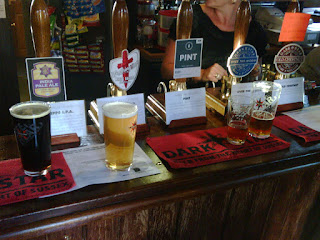 When I first started drinking real ale I don’t think I liked it very much. I struggled through it, though. It was better than lager and far less emasculating than Malibu and Coke. It was probably two months after I started drinking it (I was at university so I was drinking a lot of it) that I had a beer epiphany...
The ‘I love dark beer’ Epiphany
Medway Beer Festival 2004. Me, my mates Matt and Nick and my Dad. Step up Sarah Hughes Dark Mild and Nethergate Old Growler. Dark, full-bodied, sweet, chocolatey-rich beers. These were not lager. These weren’t bitter pale beers which I didn’t like. These were delicious and suddenly dark beer was my thing and my drinking changed into a search for more of it. A Theakston’s Old Peculiar drank in Reading a few weeks later joined Sarah Hughes and Old Growler as the beers I always looked out for.
The ‘I Bloody LOVE hops!’ Epiphany
New Years Eve 2008 (I think). A big bottle of Stone Ruination IPA at a family party. It smelled like the best smelling beer in the whole wide world and tasted amazing. I remember my tongue felt like it’d been ripped in half, I remember the lupulin head-rush, I remember giving some to my little cousin to try to see the look on his face (I don’t remember the look on his face). This beer had come a few weeks after discovering Punk IPA and Chaos Theory. From then on it was a desperate scramble to find as many hops as I possibly could, addicted to the sweet kiss of malt followed by a punch of bitterness. 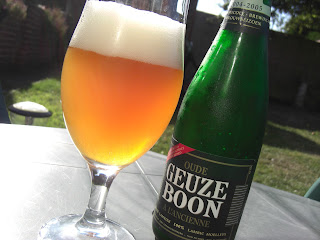 The ‘Sour Beer is Good’ Epiphany
It’s the summer of 2009. Sour beer tasted like vinegar to me. Why would anyone drink it? My first experience was a bad one and that was followed by many more attempts to suffer down a glass of lambic. That was until a Boon Geuze drunk in the garden in the sun. Cleanly sharp, lemony, peppery, but – and this is the thing which grabbed me most – had a depth of woody complexity from the oak, something like cheesy wotsits but not so cheesy. It was refreshing, exciting, complex and storied. No drinking session was now complete without something sour. It still isn’t.
The ‘Pale and hoppy beers are the best!’ Epiphany
The Bull, Horton Kirby. Late 2009. A pint of Marble Pint. Wow. Before this British session beer bored me and I didn’t drink much of it; I didn’t want another pale beer hopped with Goldings or Fuggles. Then came the pale and hoppies made with US hops. Light, packed with tropical and citrus fruit, beautiful aromas, bold bitterness. British beer became exciting. It’s easy to make a 9% beer with shit-loads of hops in but to make a 3.9% beer taste this good... I wanted more. I still do. 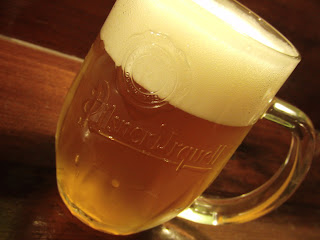 The 'Lager is amazing!’ Epiphany
Czech Republic 2010. Before this lager was the enemy of my drinking. It was what the others drank. The ones who didn’t know better. Then it changed. A frothing glass of Pilsner Urquell at the brewery and a weekend drinking incredible lagers in the Czech Republic, lively with Saaz hops, floral and fruity and herbal, so smooth to drink, so handsome in the handled mugs. Lager became different, it became exciting, it became something I wanted more and more of. My drinking shifted: I wanted great lagers, subtle but packed with flavour, cool and refreshing but something I wanted to drink all night long. I crave a really good lager more than I crave any other beer.
Five moments – five beers – which have redirected my drinking. Have you had any similar epiphanies when suddenly beer changes?
Posted by Mark Dredge