My Englishman’s Survival Guide to Beer in San Francisco 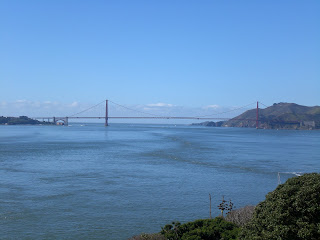 1. Drink lots of water. This is essential.
2. Don’t joke with customs. They don’t have a sense of humour, they don’t understand irony or sarcasm and they carry guns.
3. The first bar will be overwhelming. Go with an exact idea of what you want. If your first stop is the Toronado (which it almost certainly should be), then know exactly what you want when you get to the bar and don’t be a dithering Englishman. Those barmen don’t find it cute.
4. Your first beer will taste like nectar and you’ll drink it in no time. The second will be equally as good. After travelling all day, and with your body still being on English time, the third pint (which is of course an 8% IPA, as the other two have been) will render your legs and mouth useless.
5. You have to tip. This is silly, I know, but customary. When they slap your change down on the bar just leave a dollar there or they won’t serve you in a hurry next time, even if you are sitting at the bar waving a fistful of fresh dollars at them.
6. Jet lag is a bitch. Waking up at 4am with a bastard of a hangover in a horrible, cheap little room with no fresh air is no fun. Sleep is very important or the full effects of the beer will hit you harder. Drink Red Bull and eat bananas. 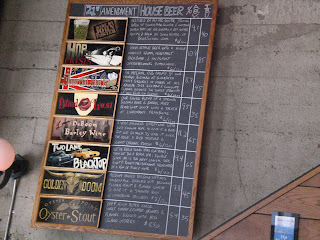 7. Nearly every beer is over 9% in alcohol. This does not make for session beer so do not treat it that way. A pint of 10.5% Double IPA with lunch might seem like a good idea at the time, but watch out.
8. Eat lots. I took the approach that a sandwich per beer was adequate.
9. Don’t sit on your girlfriend’s camera in City Beer Store and break the screen on the first day. She won’t be very happy and you can’t see the pictures you are taking, meaning that most of those wonderful shots you thought you got are in fact out of focus or missing people’s heads. 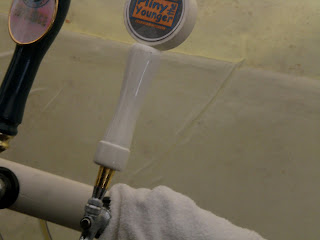 10. Everywhere will offer you a taster of their beer. Utilise this freely but don’t take the piss. Eight samples is not cool unless you want to buy a couple of pints and will tip freely.
11. Sample trays are great but they are not to be treated in the same way as a tray of shooters. Plus, although it might look like little pours, 16 2oz servings adds up to two pints.
12. Everyone gives you water, especially if they see you stumbling around with blood-shot eyes. But be warned, if you speak like me not many Californians understand ‘water’. One reply, at the Double IPA festival, was (in an incredulous tone), ‘No, we don’t have any porter’, with a silent ‘you douchebag, don’t you know where you are?’
13. The BART transport system is easy to use. The MUNI is not. Take good walking trainers and not an old pair of Converse. Also take a good map. And preferably a phone with Google Maps. 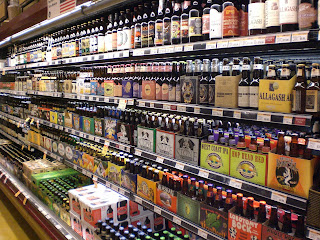 14. The bottled beer selection in many stores is mind-blowing. Try not to get over-excited or you get weird looks as you are taking photos of the beer in Whole Foods at 8am because you can’t sleep thanks to the jet lag. Buying $50 worth of strong, rare beer at 8.30am also gets weird looks.
15. Almost everyone talks to themselves out loud in San Francisco. Do as the locals do and no one bothers you.
16. Smoke actually comes out of grates in the street. This is cool.
17. Breakfast is split between a few choices: pancakes and syrup; omelettes; fried meat, eggs and potatoes; or all of the above on one plate.
18. If you are wasted by 3pm then you are in for a rough afternoon and evening. Looking for a pint of sub-4% mild is fruitless. Get some water.
19. Burgers are universally wonderful. Eat as many as you can.
20. Brewpubs are awesome. The smell of wort and fresh hops is just about the most welcoming smell there is. 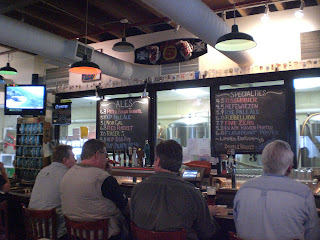 21. Over-sized backpacks filled with jumpers and coats and water and other survival essentials are not well received at busy, cramped beer festivals.
22. People ask ‘where are you from?’ a lot. When you say London they say things like ‘Ooh, expensive’, or ‘I love London’. Most people are interested in talking to you, especially if you like good beer, which is nice.
23. The view of San Francisco from Alcatraz is great. The Alcatraz tour is also good if you fancy some beer-free time.
24. Beer is not cheap but dollars are like Monopoly money and you are on holiday so it’s okay.
25. Don’t buy 20 bottles of beer when you don’t know how to get them home.
26. Take a spare, smaller suitcase in your luggage and fill this on the return journey with beer and bubble wrap. It’s cheaper than shipping beer to yourself (although, somehow through a locked case, customs checked my bag and left a note to say they’d opened it and then locked it back up again).
27. If you didn’t take your girlfriend with you, and you broke her camera, then buy a very nice present to make up for it. Also, girlfriends like bar mats so take them as many as possible.
28. Sit by the window on the right-hand side of the plane flying home – the view is simply stunning.
29. The flight home is horrible and it can be made worse if they show The Invention of Lying.
30. You will miss San Francisco, the beer and the cool people when you get home. You will start saving straight away to return. 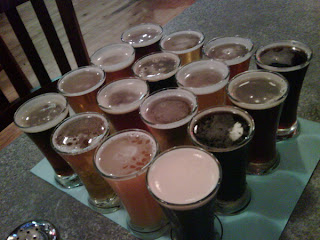 UPDATE: 31: I forgot to mention the difficult task that is ordering eggs. 'How do you want your eggs?' They ask. 'Fried and with a runny yolk', I reply, obviously. Cue blank stares from the waitress. Seriously, research methods of cooking eggs, find your favourite and remember it. Failing that just say scrambled.
Posted by Mark Dredge