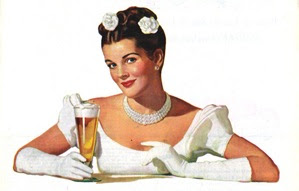 Last weekend I went to my third wedding of the year. There were three casks of beer there (the groom loves beer – that’s how we met); two from Kent Brewery and one from Brodies. That’s a great thing to arrive and see because weddings so often have rubbish beer (the other two weddings this year were pretty good, too – I guess I’ve been lucky).

It did leave me thinking something that often rolls around my mind: what beers would I want at my wedding?

The thing is: when I’m at a wedding I don’t want anything crazy or complicated. It’s a wedding so it’s not about the beer, even if I do want to still drink nice bottles. That means the beers need to be simple.

I’d like to brew a special beer for it, either commercially or on a homebrew kit. It’d be something which could age for a few years – a Tripel or barley wine. This would just be available in big bottles for sharing and just for the wedding speeches (if I couldn’t get my own beer then the speeches would need a favourite, probably Orval).

I’d also want bottles for everything else. I like drinking from bottles and think they’re easier to carry than pint glasses, especially when jumping around on the dance floor. I’d want a good lager. Something for everyone to drink (because not all my friends are beer geeks) and something cold that I can gulp all night – Camden Hells would be it. Then I’d want something pale and hoppy because I love hops. It needs to be fresh and super fruity, so a good pale ale or IPA – Racer 5, Odell IPA, Sculpin IPA, Blind Pig IPA (I’d pay a small fortune to get my favourite beers there). I wouldn’t pair anything with the dinner but might have a couple of cases of something big and strong with dessert just because it’s my big day and I can.

Moving away from the beer as the night ends, I’d want some spirits – a bottle of bourbon (Maker’s Mark works) and a whisky (something smoky like Laphroig or Ardbeg). And then I’m done and the late-night fish finger sandwiches and pizza arrive for everyone to eat.

Lauren doesn’t drink booze so she’d want Coke Zero. She’ll be in charge of organising everything else while I make sure the bar is fully stocked. Sounds like a good deal to me.

At the brewery we get regular requests for beer for weddings so it’s something that people want, and why not? I don’t want to drink crap beer on my wedding day – I want the best beer I can get and the beers which mean something to me; they aren’t the centre piece but it’s good to have a nice beer in one hand and your bride in the other.

What beer did you have at your wedding? Or what would you want at yours?