Thoughts for British Beer in 2016 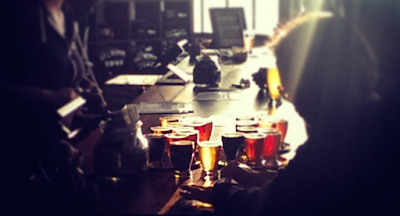 A decade ago, an Englishman, Irishman and Scotsman walked into a pub... One said ‘I’ll have a bitter’, another said ‘I’ll have a stout,’ the other said ‘I’ll have a lager’. Those were the three default choices you knew would be on tap, and while some drinkers had a brand preference (or, more likely, brands they wouldn’t drink, with the bitter drinker dismissing the keg taps and the lager guy not even acknowledging the handpulls), many ordered by these categories – it’s just what people knew of as beer.

Today, three people walk into a pub and it’s likely one of them will ask for a pale ale or IPA without looking at what’s on – and that’s a significant change. These styles are now part of the wider beer vocabulary and part of new drinking habits and I think this is the one significant trend for British beer in 2016. 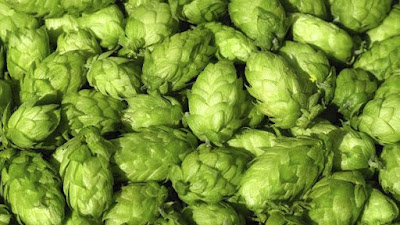 Pale and Hoppy
Hops have created a new interest in beer specifically with the aroma and flavour of new world varieties – that citrus and tropical fruit burst that so many people enjoy. These hops have been used for a long time but now knowledge of them has become far more mainstream, as has their use, so I think pale ales, IPAs and their off-shoots (pale and hoppy session beers, Session IPAs, hoppy lagers) are going to dominate drinking for a long time because, for many people, these qualities are new and interesting.

I do think the profiles of pale ales et al will evolve – less malt (but still balanced balance), more aroma and lower bitterness (see Tropical Fruit Juice for more), a trend towards lower alcohol – these lower alcohol versions will, I believe, start to see Best Bitters updated or phased out. It’s already happening with the pale and hoppy session beers and many new breweries aren't having a traditional bitter in their range.

I can’t see there being any other mainstream or widespread beer trend beyond more hoppy beers. When you can walk down any British high street and can drink these beers on tap in any Wetherspoon then that’s a big deal and I expect we’ll see more of the larger groups following this. 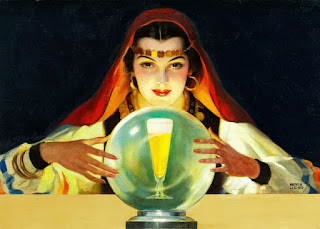 Smarter Brewing
Cloudwater’s blog on their Double IPA, featuring feedback, comments and recipes from some top brewers, shows a new openness in brewing and a smartness that’s refreshing to see. It’s great that techniques are being talked about and brewers are sharing their thoughts and experiences. The better end of British brewing is getting smarter and using different techniques to get better brews, which will hopefully spread through the industry and raise the overall quality (because there really is still too much poor quality beer being brewed).

Likewise, this forum thread from Ryan Witter at Hill Farmstead is great: it’s open and honest and deals with technical issues in a smart way. 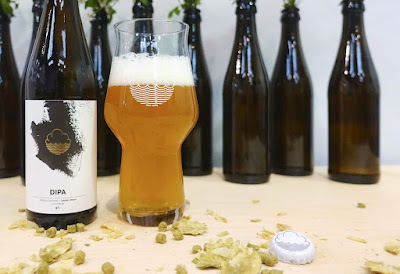 Smashing Pale Ales and IPA
Related to everything I’ve said so far, I reckon 2016 will be the year of the experimental pale ale. Not experimental as in weird or brett-fermented or different colours or anything like that, but experimental in terms of techniques, ingredients and processes. This may see more single-hopped beers (and SMASH – single malt and single hop ­– beers), beers using more aroma hops, hopefully more of the newer UK hop varieties, utilising hop oils, focusing on different malts (and getting a good depth of malt without caramalt or chewy, heavy profiles), different yeasts and fermentation profiles (hopefully cleaner ones). Basically, I think hoppy beers will get smarter and the qualities will evolve.

The Style of 2016
There have been bursts of styles and processes in the last few years, whether it’s big barrel-aged beers, saisons or fast sours, but they aren’t trends as much as they’re trials – trials in the brewery (can we brew it?) and trials in the market (will people drink it?). Those beers will hang around but only as small-scale brews. The only one style that I can see standing out in 2016 is Session IPA (it pretty much owned the second-half of 2015 as well) and that fits in the pale hoppy area I’ve mentioned above – it’s just another way to brew a bright, well-hopped beer and it may well be the beer that brewers use to try out different techniques.

Say Hello To…
We can already see this happening in the US and the UK (Bloody Ell, High Wire Grapefruit), but fruit looks to be an increasingly used additional ingredient in hoppy beers and also beyond. Fruit works because it adds an extra level of accessibility to a beer because people know what mango tastes like even if they’ve never had a saison before. It also helps to add an extra juicy, fruity quality to a beer. You want that IPA to actually taste like tangerines? Then add actual tangerines. 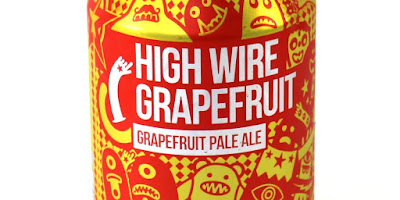 Say Goodbye To…
What about styles we won’t see? Black IPA might be done for. Does anyone drink them anymore? The generic brown British bitter is going to be replaced by paler, brighter, hoppier beers. I think we’ll see less saisons, though the breweries who specialise in them will continue to make great versions – I think it’ll stop being in a brewery’s limited edition rotation because it’s not necessarily a widely popular beer. And there’ll be fewer sour beers this year, though, like saisons, those who already do a great job of making them will continue. The dry-hopped sour could increase in popularity – look at Chorlton, Beavertown, Buxton and Siren for their success with this.

More Breweries Means Adjusted and Focused Beer Ranges
There are now a huge number of breweries, meaning pubs have a crazy amount of beers to pick from. This could signal breweries limiting their range to nail the consistency instead of focusing on brewing 20-odd different beers in a year (though special beers remain important), where having some beers they sell repeatedly is crucial. Breweries will also possibly re-work their ranges to take in new styles and swap out less-popular ones. Also, as the beers reach into the mainstream, brewers have to be careful not to put off drinkers with weird or not-delicious beers. Quality has to become more important than variety.

I’m interested to see if there’ll be more breweries who are very niche and specific in what they do – someone like Chorlton specialising in British sour beers. The opposite of this is the Cloudwater approach: a seasonally-rotating range of beers which produces a wide range of styles to a good quality – wheats, dark ales, lagers, IPAs, and more. I like this approach. These little pockets of British brewing are interesting to follow.

The Event Beer
The ‘event’ releases – limited-run beers released on one day to be drunk in a small range of places – will continue and increase. Cloudwater’s next DIPA will be an event, likewise BrewDog’s Born To Die, and some of the bigger, stronger stouts like Buxton’s Yellow Belly. These are for the hardcore geek end of the market.

Murky Gets Clean
One key point is beer clarity, which also links to quality. I’m very happy with unfiltered, hazy beer but there’s a point at which hazy becomes murky and that’s not cool. I think – and hope – we’ve passed peak murk. Beavertown are one of the more prominent (in terms of scale and popularity) brewers of unfiltered beer and open a can of theirs today and it’s certainly not murky – they are hazy, for sure, but they aren’t soupy and thick. A year ago some of them were soupy, so this is already changing. Very cloudy beer is not a good thing and it needs to disappear because it’s not a difficult thing to sort out.

Takeovers
Hard to ignore this given Camden Town’s sale and what’s happening in the US. I’m sure there’ll be more changes in ownership. I expect there are on-going discussions with breweries happening right now. Heineken will be looking for a UK brewery that they can make national and then global. They might take on Meantime if it’s true that ABI/SAB no longer want them – it at least guarantees them a large London facility with lots of taps around the capital. A more significant purchase would be someone like St Austell or Adnams – regional breweries, already with big reach, great beers and pub estates. Or established mid-sized breweries like Purity. What about Sam Smith – big in the US, well-regarded for their beers, lots of pubs and potential to make them a bit sexier? Smaller brewers might seem appealing, but they are also long-term projects compared to an existing large brewery and very few breweries are already at a significant-enough scale, reach and quality to be considered yet.

Consolidation
In many ways I think this could be a year of consolidation and maturation. We’ve had an uncontrolled explosion of beer and it’s time to figure out what the hell is happening in British brewing right now. There will be openings, closings and changes. There’ll be new beers, updated recipes and beers being retired. Breweries will be looking at what they make and trying to work out what the best approach is for their future. And there’ll be lots to drink and talk about as this whole craft beer thing really hops forward into the mainstream.