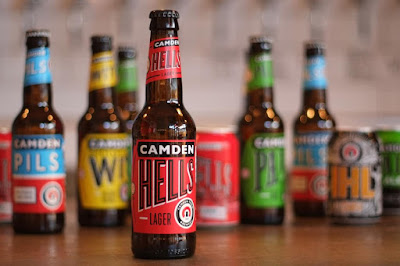 This one was the biggest surprise. Shock, even. Shit, I said aloud at my desk. Wow. Fuck. Meantime was expected. Lagunitas was unexpected. Ballast Point was unprecedented (one billion dollars…). Firestone Walker was interesting. There have been others, too – 10 Barrel, Elysian, Golden Road, Four Peaks ­– but as I don’t have a personal link to any of those breweries, it was just news. Camden Town Brewery becoming a ‘wholly owned subsidiary’ of AB InBev is not just news to me and it’s the first significant brewery buy-out that I’ve felt an emotional connection towards.

I worked at Camden Town Brewery for two years and I had a small role while they took big steps forward. One best mate had his wedding reception there, another had his stag do there. I've met some great friends there and made some great memories there. Hells and IHL are the beers I drink more frequently than any others. I still drink at the brewery regularly, where telling mates ‘I’ll meet you at the brewery’ only means one place. Camden is not just a brewery to me.

So a day after the announcement that they’ve sold to AB InBev, I’m trying to figure out how I feel about it while also considering both sides of the story in an attempt to dispel a lot of the misinformed nonsense that’s being spoken online.

Camden has always been an ambitious brewery. In 2010, when London had fewer than 10 breweries, they opened with an automated 20HL BrauKon kit focused on making great lager. That wasn’t the usual British brewery opening. They grew steadily then rapidly – going from a few brews a week to over 60,000HL annually in five years – gaining success beyond expectation. They ran with that success, they grew into it, with it, and they made the most of it, to the point where they couldn’t maintain the growth in their limiting railway arch location. They’ve been looking for a new brewery and location for a long time now and that move was always going to happen. The question was just how it was going to happen. Crowdfunding, we thought as of not very long ago, was the answer.

Jasper Cuppaidge is the brewery – its heart and personality – and as long as he’s running it then I don’t think the essential ethos of Camden will be affected. His new bosses may have other ideas but I don’t think that Camden's outlook is going to change just yet – certainly not in a way that the casual drinker will notice – and there are many potential benefits for drinkers: investment in a great new brewery to ensure they brew all their beers in London (some draft beer is brewed in Belgium) and brew more of it; a new brewery frees up capacity in the current arches for more limited edition beers (something I’ve always wanted more of from Camden); more investment could mean more bars and will certainly mean a significant tap room at the new brewery; they can now benefit from the distribution networks that a global company has; they also benefit from the global network of brewing intelligence and resources (AB InBev is not some monolithic dumb-fuck talking chequebook, it employs some of the smartest minds in the industry – while we’re here, we can’t use the abused, out-dated and Atlantic-traveling collective memory of 1970s and 1980s America, where big beer tried to crush small beer, to tell us what to think now. Beer has changed too much for this to be relevant).

AB InBev are not going to take Hells and turn it into Bud Light. It’s absurd for anyone to even think that. Global breweries aren’t buying local ones to shut them down or cheapen their brands. They know that the perpetual growth of local, small-scale beer is reducing Big Beer's market share and the way they can still compete is to take ownership of successful smaller breweries. It’s against their interest to do anything other than make the beer more available and better (by funding new breweries, by investing in better quality control and labs and everything else that helps to give good, consistent beer). They’ve bought Camden Town because they value (with a lot of zeros) what it’s achieved; they can’t devalue that by making changes and instead they're going to increase the brewery's worth by turning it into a far bigger and better thing.

The big brewing companies also employ some of the best technical brewers in the world. While they might not work in wellies and wet overalls, they are smart beer makers who can produce very consistent beer within tight parameters and to a very large scale, problem-solving situations with considerable potential consequences. The reality in small-scale brewing is that a lot of people are amateurs who have learnt on the job and there’s only so far that ‘passion’ can take you towards producing quality beers. A major issue facing the growth of beer is poor quality: how many beers have you had this year which have diacetyl or unwanted esters or astringent bitterness or too much yeast or any other brewing fault that could be eliminated. AB InBev don’t brew bad beers – they might not make beers that you find delicious and might not make beers as flavoursome as your favourite IPA, but they are not bad tasting in the same way that a lot of craft beers are.

I do have concerns. It's likely going to be harder to make decisions and who knows what expectations the new boss has. Big beer companies can be aggressive in their buying and selling tactics, meaning a overall negative towards smaller breweries. And closer to home they've built a brilliant fan base in and around Camden and Kentish Town, even being partly responsible for the regeneration of the area they're in, and I hope that those drinkers don't look elsewhere for their local beers. 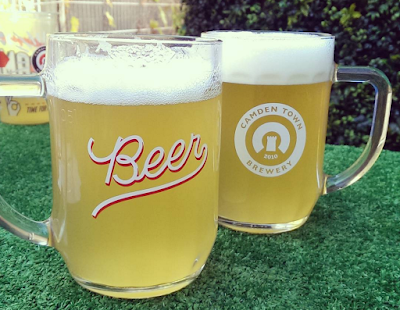 I support Camden Town like I support my favourite football team. I follow what they do with vested interest, I cheer them on, I drink the new beers, I go to the events, I care about what happens to them and I have an emotional connection to the beer and brewery. I am bummed and shocked to see the change. This was always a potential thing that may happen, though I didn’t expect it to happen yet. Especially not after the crowd-funding. And that’s where a backlash will come: over 2,000 people invested in Camden Town (I was one of them) and now they’ve done something different – that’s going to lose some trust. But to continue the football analogy: when someone takes over your club and brings the megabucks then it can be a good thing. Hopefully.

What’s frustrating is the reaction of others. People assuming the beer will be cheapened, people knee-jerking ridiculous ill-informed responses, people taking the beers off tap, all while BrewDog try to mobilise their masses to buy into their fervent independence (how they turned Camden Town’s news into a story about them is incredible). The heart of Camden Town Brewery hasn’t changed, the beer hasn’t changed, the same people still work hard every day to brew it and sell it, the difference now is that the ownership has changed – we just have to hope that the new owners intend to make it better.

Camden Town deserve congratulations for what they have done in just five years. I’m sure there were other options but the directors decided this was the best one for the business – and I trust that the directors considered all the implications and do genuinely believe that this is the best thing for Camden Town Brewery right now and for the future.

There will be other breweries facing the same questions that Camden Town have had to in the last few days and weeks (what’s the right thing to do? Is there a right price for us? Who is right to work with?) and they will come up with different responses. We will see the beer environment change in the next few years. Some of it will challenge what we think and there will be surprises, even shocks, and it’ll ultimately come down to individual drinkers to make decisions about what beers they spend their money on.

I’ve had Camden Town beer as an ever-present in my fridge for the last four years – right now there’s an IHL, a couple of Hells Raisers and a Beer 2015 in there. The beers are going to stay in my fridge for as long as they taste great.