The Unsessionability of Session IPA 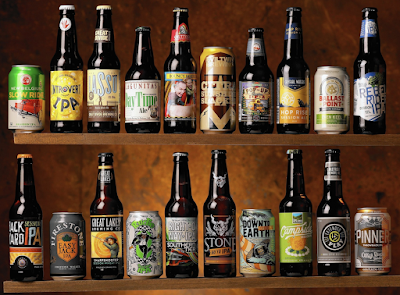 In 2013, sales of Session IPA grew 450% in the US, helping it jump from non-existent to a core range beer within two years. And because the US is where many brewers look for the latest beer trends, we’re seeing Session IPA brewed all around the world. But there’s a few things about this hot-right-now IPA iteration which don’t work for me.

In today’s Americanized beer parlance ‘Session’ means something relatively low in alcohol content (4%-5% ABV) and it’s a basic simplification based on the British idea of a session ale – but this American context is not the same as the British context.

British ‘session ales’ are a broad group of beers (pales, milds, bitters) that you drink a few of and still happily want more, where they’re best enjoyed in the pub with friends. There’s a simplicity to these beers that belies their depth and balance and makes their drinkability somehow increase as you go from pint to pint during your drinking session – and that’s where the name comes from: it’s from the extended session of sipping pints. Many Czech and German beers have a similar quality where they manage to get their quenching malt-hop-alcohol balance just right to make you want more and more. It's that crucial quality of wanting more, and not simply that they're low enough in alcohol that you can drink more, that is the difference. American session beer isn't like that. 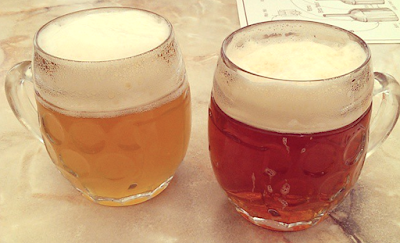 I’ve never tasted a Session IPA that’s sessionable in the British sense and they are almost ironically unsessionable; too dry, too bitter, too intense in aroma and flavour – they are unbalanced towards the IPA instead of the Session. And sure, the alcohol content is often (but not always) low enough that we could drink four or five or six, but they are so powerful in flavour that we soon want to move onto something else: they are session-strength but not sessionable.

But this is where I get stuck. IPA owes its popularity to the fact that it’s a beer with an impact that’s so different to what most people think of as ‘beer’: that huge aroma, that gripping bitterness which makes you want another taste of the sweeter, bulking malts, that heightened buzz of alcohol. There’s something incredibly impressive about IPAs and they have a flavour profile that so many drinkers have come to love. But that alcohol content is anti-socially high – a few pints of 7% IPAs leaves us drunk and done. Beer is a social drink and the ‘session’ is the ultimate setting for that. 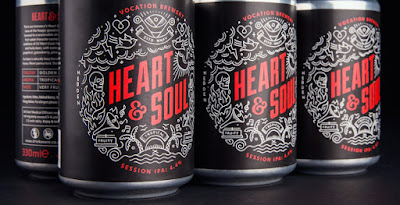 Yet I do love Session IPAs. I love the flavour and aroma of hops and I want to drink them. There are also some great British Session IPAs and I do see their place between the other hop-forward styles (more aromatic and bitter than pale ale, gentler than IPA). I also like that we can get all the aroma and flavour of an IPA with less of the alcohol, which suggests a shift towards a maturing of the collective beer palate, one which is slowly looping around from the hollering extremities of brewing towards beers of greater drinkability and balance (even if they still come with a distinct US accent).

In a way this is already happening. Or at least the session trend is evolving with the generically-named ‘Session Ale’. It’s a broad category but indicative of how ‘Session’ has thrust itself into beer’s vocabulary as the latest cool word, where it really just means low-ish in alcohol. 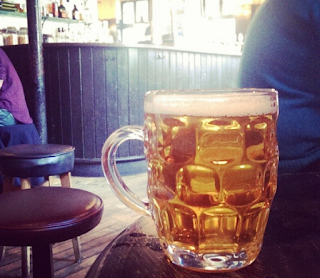 If you want hops and sessionability then we don’t look to the US and instead we look to British brewing and the pale and hoppy session beers (the history of which Boak and Bailey have written about here) which are at the tasty intersection between calm British sessionability and excitable American impact. We’ve had beer like this for years now, inspired by the qualities of an American IPA but brewed with the British drinking temperament in mind. Many of these are really great beers, beers we can drink buckets of, nailing that malt and hop balance plus the delicious addition of beautifully fragrant hops, which is all enhanced by the subtle elegances of being pulled from the cask. I would argue that these are becoming the flagship British craft beer style today, indicative of where past and present meet in our pint glasses.

Session ale is small beer making big gains in the American craft beer market and it’s having an impact around the world, primarily with Session IPAs, which have become the latest style which many brewers are attempting. That full-on flavour of hops with the modest alcohol content is a great addition to the bar, just don’t expect to have an actual session on Session IPA before needing to change up to something else (probably a full IPA...).

Top image from Chicago Tribune who ranked 22 Session IPAs with Stone's Go To IPA as number one. That's a great beer.
Posted by Mark Dredge