The Next Twissup: You Decide! 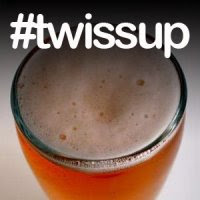 We’ve done Sheffield (pictured below!) and Burton, now it’s time for the next glorious Twissup. The date will be Saturday 23 October but we haven’t selected the final destination yet, so we’ll throw it open to a vote. The idea is a good pub crawl between two different locations.
Here are the two choices:
Choice 1: Manchester-Huddersfield: We’ve talked about this one for a while. Start in Manchester as it’s easiest for most people to get to, head to the Marble Arch and maybe another stop in town, then to the station for the train to Huddersfield. We stop at a few stations for a beer on the way (on the Rail Ale Trail!), jumping on and off at the best places (this should help). In Huddersfield we have a few more pubs, probably ending at The Grove. Then back to Manchester or stay in Huddersfield.
Choice 2: Leeds-York: North Bar for starters and some other stops at Leeds’ finest, then over to York. Check out Blog O’ Beer and Andy’s post for a peek at what’s there. There’s also Pivo which is run by the same guys as The Sheffield Tap and we might be able to get York Brewery in on it, if we ask nicely. Then people can head home in the evening or stay in either Leeds or York. 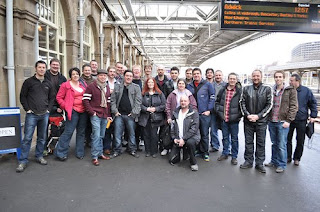 What would you prefer?! We’ll go to the one with the most votes. Drop comments in the blog too if you’ve got anything extra to add, or if you don’t mind which one we go to (but still vote!).
We’ve looked at the Twissups for next year too. It’ll be London in February 2011, either the first weekend or the last. After that, probably May, we could do Newcastle, Cambridge or Oxford, maybe Brighton if we can arrange Dark Star/Harveys, whatever isn’t chosen for October, plus there’s Edinburgh for the Great Scottish Beer Festival (end of June), maybe with a stop in Aberdeen the day before or after (BrewDog bar, anyone?). And there’s also the option of an international Twissup - maybe Brussels, Amsterdam, Dublin - perhaps at the end of 2011.

Vote below but only vote if you intend on coming! The winner will be announced next week with all the details and a sign-up form.
Create your free online surveys with SurveyMonkey, the world's leading questionnaire tool.
Posted by Mark Dredge