Thornbridge Brewery at The Bull 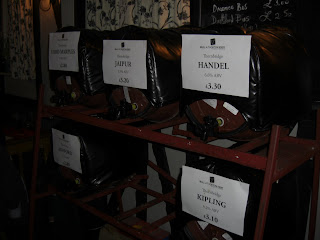 I officially love Thornbridge Brewery and their beers (read about it here), so when I heard that a pub not too far away was putting on a showcase event of their beers I was delighted. I read about it here on the Ale Affinity blog and arranged to meet Dubbel and Jimbo at the pub. They are great guys; it’s cool to meet other young beer lovers.

The pub was The Bull in Horton Kirby, Kent (check out their website here, or their Facebook group here). It’s a fantastic little corner pub with a bar lined with a selection of cask beers impeccably kept by Garrett the landlord (a proper beer lover!). There’s always Dark Star stuff on as well as ales from all over the country and a fridge with some beauties in too. It’s pretty much your ideal local.

For the Thornbridge showcase they had seven beers served off gravity. What a sight. Available was: White Swan, Lord Marples, Ashford, Kipling, Jaipur, Handel and St. Petersburg. That’s a party right there.

I started on the Ashford and worked my way upwards. Ashford is a glorious brown ale with a great malty base and a big hoppy finish – it’s surprisingly complex for a 4.2%-er. Kipling was next. I had opened a bottle of this the night before and loved it for its gorgeous fruitiness and all the tropical flavours from the Nelson Sauvin hop. From the cask it was one fine beer, judged by almost everyone as the second-best of the night. Jaipur followed and this is a near-magical IPA with a buttery-caramel-honey base and loads of tropical hops banging at the end (I also really love – maybe even prefer – the bottled version).

Handel came next, their Belgian-style ale, and I adore this beer. I wanted more and more of it (I still do! And check out Reluctant Scooper’s blog as he just cooked a great dish with the beer). Handel is so light and gluggable but so full of earthy, sweet, spicy flavours. Amazing. And it was exactly at this point that the complimentary buffet opened. Are there any finer words than ‘complimentary buffet’ at a beer festival (other than ‘free beer’)? A few blocks of cheese came out and being on a massive cheese-and-beer kick I helped myself. A strong-blue-and-Handel combo blew me away: that was pairing heaven.

Onwards, finishing at the crowning glory that is St. Petersburg. An immensely brilliant imperial stout that superlatives cannot do justice. At 7.7% it’s rich, thick, creamy and full of roasted grain and dark chocolate but it’s still a beer you can drink a pint of.

And then I had to leave for the train. I said earlier that Kipling came number two for most, well number one was of course St. Petersburg. Personally, I thought Handel was right up there alongside the St. Pete. Thornbridge rock. I’m going up to visit next month and I can’t wait. Oh, and Kelly, the Brewery Manager, has just started a blog here.