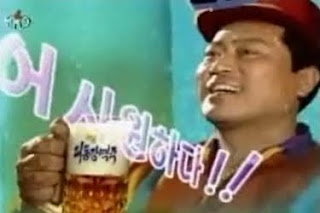 The only things I knew about the Democratic People’s Republic of North Korea have been ingrained in me by the singing, foul-mouthed puppets from Team America. That and they have never won the World Cup. Drawing them for the World Cup Beer Sweepstake was going to be a challenge…
The first thing to do was obvious: google ‘North Korean beer’. All the results point to one beer: Taedonggang. The beer has an interesting background. In 2000, Kim Jong-il decided that his nation needed a brewery. He seems to be the type of guy who gets what he wants and hearing that Ushers in Trowbridge no longer needed their brewing kit he offered to buy it from them. Cue panic that the leader was planning mash tun bombs and FV missiles. Eventually, via a German broker and £1.5million later, a team from North Korea came to Trowbridge and dismantled the plant, shipping it home and setting it up. In 2002, 18 months later, they were brewing beer. 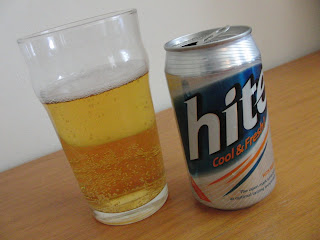 I have now drunk the two cans I brought from the Korean shop. Hite is a generic, pale lager, lacking everything usually associated with flavour, but there is a sense that it’d work wonderfully with fried foods. Just a sense though. 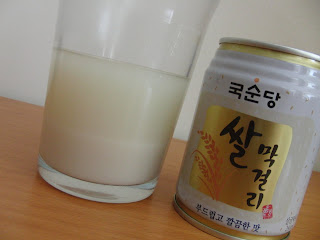 The other can was a different beast. I had absolutely no idea what it was as I poured it out. I certainly didn’t get what I expected... There’s a smoothie company called Love Juice. I immaturely laugh whenever I see their shops. This one could legitimately be called Love Juice. It poured a milky off-white, thick and to cries of ‘eww’ and ‘oh my god, what is this?’ It smells like milk stout, which is good, but it tastes like spoilt milk and booze, which is not good. There’s a tang to it, a wine quality, but it’s creamy and slightly rough-textured. Further investigations show that this is a rice wine. But it’s not very nice wine.
Posted by Mark Dredge