Beer Style: Does it Matter? 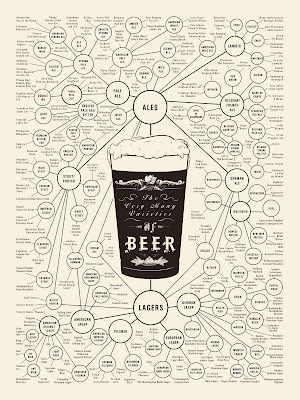 Does beer style matter? Does it mean anything? That was the essence of the British Guild of Beer Writers’ annual seminar this week. Three stood up and talked, giving their different views, then the floor added to it, and then, as we rose from the theatre-like seating, we continued our talk in small groups and one thing was clear: we all have different viewpoints.
Understanding beer style, for me, is split into two audiences: the informed few and the couldn’t-care-less many. The informed few want to understand style from a composition point of view, they have a vested interest in whether that beer is a porter or a stout, whether it’s a pale ale or a golden ale, of where it’s brewed, how and with what ingredients. These are the brewers, the marketers, the writers, the industry insiders, competition judges and those with a higher interest in beer. These are the people who want to know the ins and outs in order to dissect it and understand it. For this group it’s important to understand differences because they have a more challenging job: to explain these beers to everyone else.

To ‘everyone else’, there is little desire to pull apart a style guideline before drinking. They want to know one thing: how does it taste? It’s then a communications thing: how can the informed few tell the drinkers what it tastes like in the simplest, most effective way. It comes to presentation and included in this is a pump clip, the bottle label and the person selling it. If someone usually drinks Guinness then perhaps they’d like this porter (with a description of dark and roasty); if they usually drink Landlord then maybe they’d like this beer or that one (maybe with one described as a fruity and fragrant best bitter).

Being able to communicate style is key to being able to encourage people to drink good beer. It doesn’t matter that it’s an IPA, what matters is that it’s pale, 5% and really fruity with a dry finish. Would you like a sample before you order...? But the communicators face a different challenge. 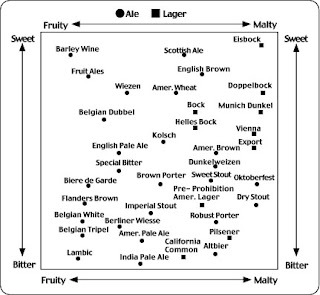 To the people who do find beer style interesting it’s a real minefield. One thinks styles are moving targets, one says it’s evolution, one says style doesn’t matter, one says styles need to be rigid and others just don’t know. I think style is very important. Give me a beer called ‘Square’ and I have no idea what it is. Sure, I can drink it and say whether I like it or not - which is ultimately the most important decision - but something within me niggles to know, at the very least, what the brewer was aiming for (and what they want to tell others it is) as if knowing the style privileges me with extra information. It’s human nature to want to attach labels to things in order to understand them better.

Yet knowing style only helps to label something and a mild is a pallet of possibilities, likewise lager or IPA (order an IPA in a pub in England and then order one in a bar in America and you’ll probably get something very different; go back in time 50 years and it’s something else). What’s a best bitter taste like now? What does it look like? What did it look like 10 years ago and what will it be in 10 years time? It’s like trying to match a fixed point on a moving target, like pin the tail on the donkey, only harder. Maybe having 29 styles of lager is necessary to break it down further, but maybe this just makes it more confusing.

I’m interested in style because I’m interested in beer but it’s an open box of possibilities and one which is as fluid as the topic in hand. Most people don’t care about style, they just want to know what it tastes like. For those who do care then they have the challenge of trying to understand guidelines which are forever changing. But that keeps beer fresh. If guidelines were rigid and inflexible then all beer would taste the same as the others in its class and that’s not a good thing.

So how do you label style? Michael Jackson did a fine job of describing and distinguishing them. CAMRA keep it simple, only breaking things down into a number of categories, but I think it’s too reductive and needs expanding slightly. Alex at ALL Beer breaks it into the organism of fermentation – ale, lager and lambic – before breaking it down within those areas. The BJCP has 23 categories broken down into 79 different styles. Then there’s the Brewers Association style guideline which is enormous (over 130) and essentially ridiculous, exemplified by the following ‘style’: “Out of Category – Traditionally Brewed Beer... They may be light or dark, strong or weak, hoppy or not hoppy.” This document has ripped apart beer style and listed it scientifically and in doing so it has stripped an essential creativity from the process and placed restrictions on what style should be (and the worst thing? When beers are judged using this and they don’t exactly fit what the brewer has classified it as... they are removed from the judging table regardless of whether they are good or not!).

What is beer style? For me it’s a label the brewer puts on something they have made; it’s what they want the beer to be enjoyed as. If they call it an IPA but it’s closer to a golden ale then so what? It’s their beer and who are we to complain. It’s nice to have an understanding of style but if it goes too far then it can strip the soul from a good beer. And probably the stupidest thing is saying that they need to be categorised in order to be judged in competitions... Whatever. Yes, style is important, and yes it’s important to pass on information about it, but it needs to be done simply or it just confuses everyone. Leave it to the brewer to tell us what they want their beer to be seen as, then we can drink it and enjoy it (or not) for what it is and tell others how it tastes.

Style: what do you think? Does it matter? Do you care whether something is labelled as a best bitter but tastes more like a mild, is it important that your pale ale is ‘to style’? And how can we communicate what different styles are like in the easiest way?