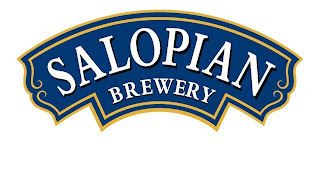 Four of the best British beers I’ve drunk this year have been made by Salopian Brewery.

Oracle is like the other 4% ABV pale and hoppy beers, only it’s better. Drinking the beer and scribbling down some notes became a game in which I had to try and name every yellow or orange fruit in the world – nectarines, mango, pineapple, peaches, mandarin, grapefruit. It’s super fruity from the hops, the malt is super simple and clean and the bitterness is dry, quenching and peppery. It’s a beer you look at with a shrug yet drink with a surprised smile. And then order another. 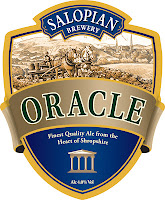 Darwin’s Origin is a beer I first drank in The Rake. I went to the bar, looked at all the fancy foreign taps, and Glyn told me to order the Salopian. It was perfect. The clarity of flavour in the malt, the lightness of it yet the complexity of it, then a freshness from the hops which was balanced yet bold. This is the kind of beer which makes you change what you’re drinking and keep searching for others like it; it makes you forget the IPAs for a few weeks and look for 4.3% British bitters which have elegance and excitement. 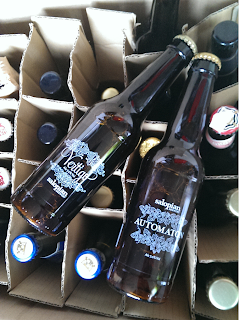 Then there’s two new beers, two brews in smart, sexy 330ml bottles embracing the craft side of things. Automaton is a 7% IPA hopped with Saaz and Citra and it’s spectacular. Gold going towards copper, there’s fruit flying out in all directions with mango, tangerine and a whole tropical cocktail, the body has malt but never enough to make it fat or sweet and the bitterness kicks with botanic-like sharpness. It’s as good as, perhaps even better than, any IPA brewed in Britain right now. 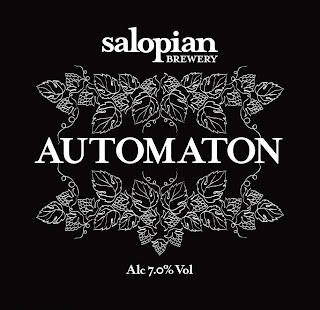 And Vertigo is a 7.2% Black IPA hopped with Centennial and Galaxy. Earthy, minty and roast citrus in the aroma to begin then after a few big gulps it’s like cracking into a Chocolate Orange. Full body, making it satisfying to drink, with fruity hops throughout, and a mix of hop and malt bitterness at the end, though only a hint of dark malt flavour with a whiff of chocolate. The balance is brilliant but more than that it’s just a fun beer to drink. In my opinion, this is how all great Black IPAs should taste.

I rarely hear people talking about Salopian Brewery. But they should be. And they should be drinking their beers because they have clarity of flavour, balance, freshness and they simply taste great.
Posted by Mark Dredge